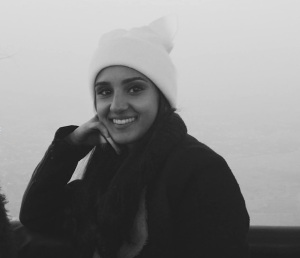 Ayesha reads History at University College London, and has a keen interest in international human rights, having grown up between Pakistan, the Philippines and Saudi Arabia.

Spencer is the Parliamentary Assistant to a Labour MP, having previously worked at the British Red Cross. Spencer is also a passionate Labour Party activist and acted as a Youth Officer and elected member of the Executive Committee of a Constituency Labour Party in east London. He is particularly interested in the law and politics surrounding the issue of human rights and gained a degree in law from QMUL and an MSc in Policy and Politics.

Cello currently works as as a PR Intern for a political and media communications company. Previously, she worked as a researcher, specialising in AI and its impact on humanity. Cello graduated last year from an MA in Geopolitics and Grand Strategy at Sussex University. Her particular interests are gender equality and socio-economic inequality.

Alex Firth currently works in children’s rights for an international human rights organisation, involving both research and advocacy. He has experience at a number of NGOs as well as direct experience in digital campaigns as well as in Parliament. Alex holds a B.A. (Hons) in History and an MSc in the Politics of Conflict, Rights and Justice from the School of Oriental and African Studies (SOAS). His key interests are children’s rights, conflict rights and socio-economic inequality.

Sam is an actor, writer and activist living in London. He is an active member of The Labour Party and has campaigned on a variety of issues.

Raised in rural Oxfordshire, Lucy moved to the capital to complete a Masters’ degree in Human Rights at University College London, and since graduating has worked in a variety of communication roles. A keen cyclist, she spent six months in Brussels at the European Cyclist Federation, where she combined her love of cycling and campaigning. Currently, she works for the National Children’s Bureau, and specialises in disability and child rights.

Peter is a public affairs and communications professional. He has over two years experience of working for a number of corporate organisations within the UK, spanning from charities, digital platforms and technology start-ups.

Alannah has recently graduated from Durham University, where she read History and helped to found Durham for Refugees. Originally from Devon, she now works in London for a creative political communications agency and has a particular interest in UK refugee rights.

Olivia is a PR professional working for a behaviour change agency in London. Graduating with a degree from Durham in Politics, International Relations and English Literature, she’s passionate about conveying complex ideas through narrative. Olivia has previous experience with Amnesty International, the WAO, Durham County Council and the Press Association. She has a particular interest in Women’s and Children’s Rights.

Jonathan is a campaigns professional who has worked on political and NGO campaigns at local, national and international level. An incoming masters student at King’s College, his primary interests are in education, communities and how globalisation affects human rights.

Alin has worked for a political and parliamentary consultancy in London and a United States Senator in Chicago, specialising in outreach, public affairs and research.  He is currently an undergraduate student reading International Relations and Political Science at the University of Birmingham, due to graduate in July 2019.

Elliot is the campaign’s secretary. He has been a member of the Labour Party since 2013 and he has previously served as secretary for Reading Young Labour. His primary campaigning interests are in criminal justice reform and how we account for the rights of future generations in current decision making.